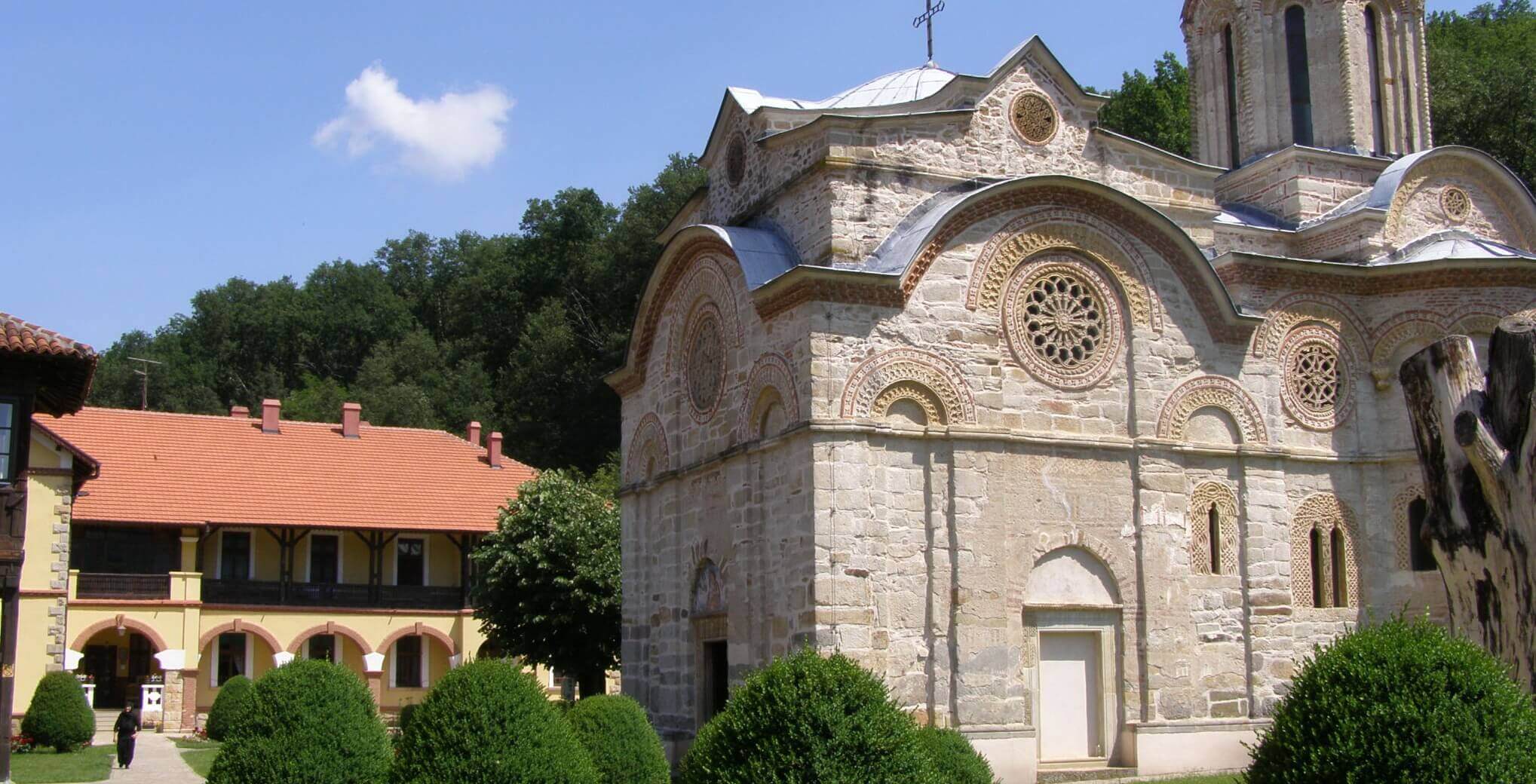 Discover why Pocekovina village is interesting to foreign tourists
Pocekovina village is located near Trstenik. In the heart of Serbia, about 220 kilometers from Belgrade. At first look, it looks like all other villager along the Morava River. Its flat, fields are full of various fruits, and on those fields, diligent workers form this village, reap the fruits. Around the village, Morava River is banking, the river which has been used the most in Serbian poems and songs. They love it, but they are also afraid of it.

What is so unusual and special you might ask?! 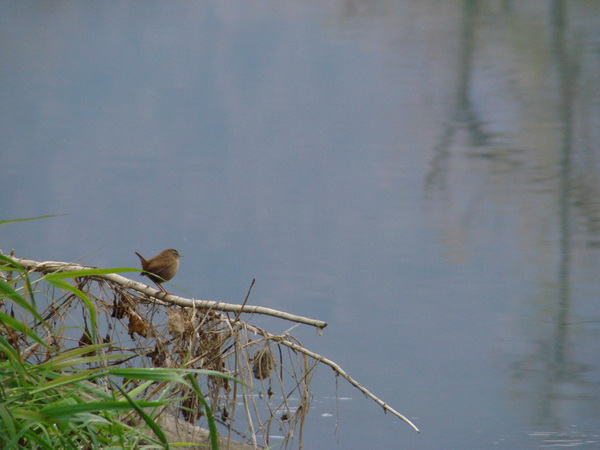 The unusual thing is that when, from the capital city, a young man return to his great grandfather’s property and starts to rebuild the house which is more than 120 years old. On the fields that have not been used for many years, new fruits start to grow. Fruit is grown on totally natural, organic way. And Serbian brandy is made that way as well. Milos Vukcevic, a young man who is behind this story, says that nature is the one who put this up, and that we only need to listen to it and follow its instructions. His specialty is brandy made from dry plums.

When he got an idea where does he have to go with his life, he returned to Pocekovina. Property on which his great grandfather has lived was abandoned since 1984, completely overgrown. He felt the pleasure after hard day of work of cleaning the house and the challenge to continue doing it. The pleasure was even greater in comparison to his work in marketing agency which he owned until he decided to return to his roots.

The size of the house, and the diversity of tools Milos came across on the property, told him how wealthy his family was. House started to regain its former look as time passed by. For the roof, tiles were brought in from nearby villages. Until the house was completely covered, he slept in a tent in his courtyard.

The wall are being rebuild from the source materials, mud and weed. The floor is wooded and the interior is very modest. Natural materials give excellent insulation, and so in the hot summer days it is very nice inside.

House also had a wine cellar and Milos thought that it would be great for the brandy degustation. 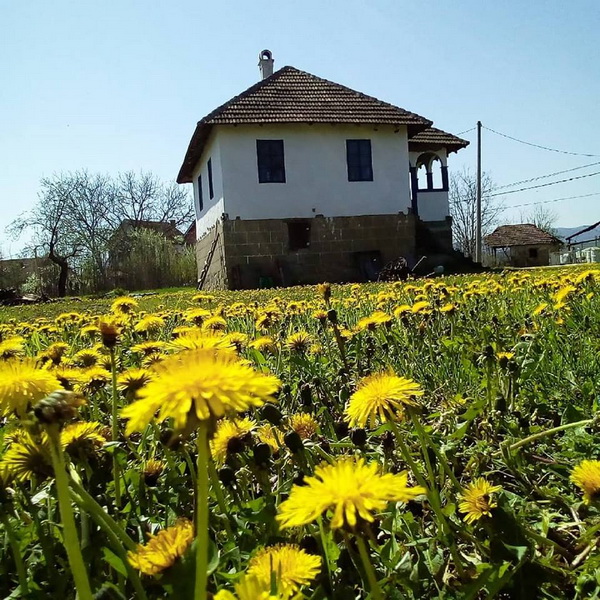 You are wondering if Milos is working alone? Well, he isn’t, people from all over the world are coming to help him, to volunteer. They were drawn to him by his way of living, one with the nature, without TV, without being in a hurry and without bad thoughts. People are coming in from Russia, Turkey, America, Brazil, Germany, France and all are feeling good with the nature, good and brandy. Some of them were here many times. Evenings are spent with guitar and song along the bank of Morava River, and so they recharge their batteries for tomorrows work. Our host is an excellent chef.  He’s cooking for them in utensils made of clay, workers are sleeping on matrasses made from corn leaves, and people are talking with each other until late into the night. Beside the fact they want to escape from stress of modern life, Milos’ guests are travelers who want to meet people, culture and the way of life of the countries they visit. 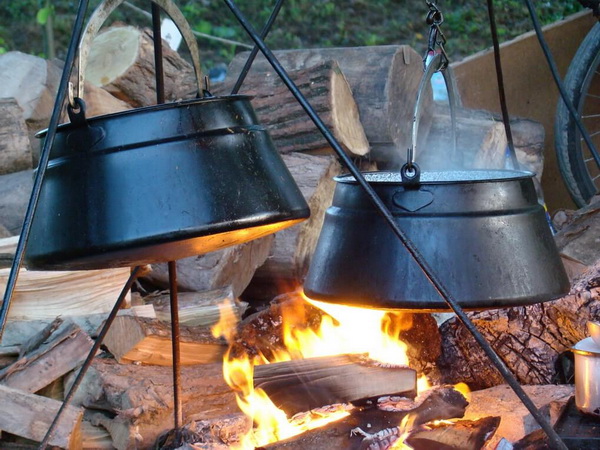 In the beginning, people of Pocekovina look at Milos and his guests as weirdos. But then they accepted them and started to call the guest into their own homes for oratories and other saint celebration. This is what the classic tourism still cannot offer the foreigner in Serbia. You can see the impressions of Milos’ guests on his website “Vesela fabrika”.

Read More
Discover why the word “Vampire” has Serbian origin
We all know that the only word, accepted throughout the world, is Vampire Serbian word. The less is known how it happened and from where did the word made out into the world.

The real answer is the village Medvedja near Trstenik. At the beginning of 18th century, this village was a boundary between Austria and Turkey in which Serbs were the border police. And then in 1731 and 1732, a series of events drew attention from the whole Europe, because Austrian doctors have visited the village two times due to these events, and documents which they wrote have induced great interest of European public. The cause for Austria to send their best experts to the border with Turkey, in Medvedja, was the death of 17 people, who died due to epidemic of “black pimple” also known as Anthrax. Today’s experts claim this to be the cause, but at that time people blamed Vampires. The story would not have made it to the imperial Capital if not for Austrian epidemiologist dr Marin Glasser  hadn’t wrote down that the bodies of the deceased were in perfectly good condition even after several weeks after they had died. Soon, a group of doctors are in Trstenik area “to enlighten the case”. To examine the bodies of dead Serbs in Medvedja, Austrian doctors have used the words Vampire (the walking dead) and vampiric. German society of educated people had an emergency meeting due to these strange occurrences and press all around Europe were racing to translate the report Visum et repertum (Seen and Discovered), for which even today is considered to be one of the most important documents in the history of Vampirism.

Sadly, verbal tradition is lost, because the village survived two devastations during the 18th century, so the authentic descendants do not exist. Further from Medvedja, Mijajlovac and Rujisnik, the hill Karaula is located. There brigand Arnaut Pavle was garrisoned there. He could see Morava all the way from Trstenik to Krusevac. Not far from there, the hill Vampirilija is located where the residents while plowing the filed found the human remains.

Who was Arnaut Pavle, and what did the Austrian doctors discover and how the news from Serbia shook the foundation of the educated Europe in 18th century, can be found in Medvedja, in the village on the left bank of the Morava River near Trstenik.

Read More
The grapevine of Hilandar was brought to Trstenik village Seliste
Only recently have the Grapevine from the Holy Mount, from Hilandar Monastery, been planted in the port of Ljubostinja Monastery and the Holy Trinity Church in Trstenik.

Pantelic Family, from Seliste, in which the grafting is the family tradition for over four generations, have grafted the grapevine from the old Hilandar vineyard which dates back to 19th century. From the small number of grapes sent from the Hilandar 49 seedlings from the first class succeeded in growing. The vine area and hardworking men, the bringing and planting of this grapevine is a great blessing as well as honour and privilege. On this way, the connection from the believers from these area with the Hilandar and the miraculous vine Saint Simeon the Peacemaker is going to be even greater.

The miraculous grapevine of Saint Simeon the Peacemaker is on the greatest Serbian orthodox sanctities. People come for it from all over the world regardless of their religious beliefs. According to the lecture from 1208, when Saint Sava decided to transfer his father’s Saint Simeon remains to Serba, from his grave, Grapevine grew. As a real wonder, and above all the laws of nature, the grapevine grew from the rock and with time grew even through the walls of the church. The grapevine of the Saint Simeon the Peacemaker gives fruit every year, not asking for special care and during centuries it is a consolation to married couples who have problems with conception. There are numbers of written documents of the healing properties of this grapevine and its fruit, and the oldest one is from the Turkish age in 1585. As a thank you note, the Turkish man gifted an enormous property to the Hilandar monastery and he erected the Kakovo monastery, Hilandar convent on the Atos peninsula in Greece.

Read More
The achievement of Raka Ljutovac, the first anti-air personel in the world
When the brothers Wright first flew with the plane in 1903 they wrote the new pages in the work history, but they didn’t dream that the plane can be used in military purposes as a very dangerous mean which would reap death. When Radoje Ljutovac from village Poljna near Trstenik, joined Serbian army at the beginning of the World War One as an artillery man, he didn’t dream that his name would be written into history of Serbian army with golden letter, as a man who brought down the first enermy aircraft in the world.

During September of 1915, austro-hungarian army was, along with preparing an all out assault on Serbia, bombing Kragujevac several times, which was the capital of Serbia’s army industry. In just a few days of bombing, apart from several building were destroyed, a huge number of innocent civilians were also killed.

On 30th, September 1915, the enemy once again did an aerial assault. The alarm was sounded. On the hills near Kragujevac, the hero of our story Radoje Raka Ljutovac patiently waited. He aimed from the Turkish cannon, determined to save the civilians who were dying… and he hit instantly. The enemy plain dropped near Kragujevac, and along with it, two German pilots burned to their deaths. After congratulating him on his achievement, the commander has given his horse, on which Radoje rode into the city and to the place on which the enemy plane has fallen down. In his military attitude, he honoured the fallen soldiers. The citizens understood that that day he was the one who saved them therefore congratulated him. Radoje was honoured with Karadjordje star with swords. Later he even crossed Albania, survived the the Thessaloniki front and he received two more commendations. When he retired from the army after the war, Radoje Ljutovac, the world’s first anti-air gunman, opened his shop in Trstenik and he lived modestly until the end of his life. He died when he was 81 years old, on 25th November, 1968. The date on which he brought down the enemy aircraft was taken to be a holiday of the Anti-air artillery of the Kingdom of Yugoslavia. That September 30th is also the day of Artiller-rocket units of the Yugoslav army.

In 1938, great march of the Yugoslav Army was held, possibly by being the 20 years of ending the First World Was and the liberation of Serbia. As a special guest, Radoje Ljutovac was attending, on which the famous photography witnesses.

Radoje’s wife gifted the medals of her late husband to the Museum in Krusevac in 1976, where it resides even today. In front of the Judicial Building in Trstenik, which was built on the land Raka Ljutovac gifted to the municipality of Trstenik, a bust in his honour was erected to make future generations remember the man who achieved something almost impossible at that time. On Meta’s Hill near Kragujevac, a monument was erected as well, and the military barracks carry the name of our Hero Radoje Ljutovac.